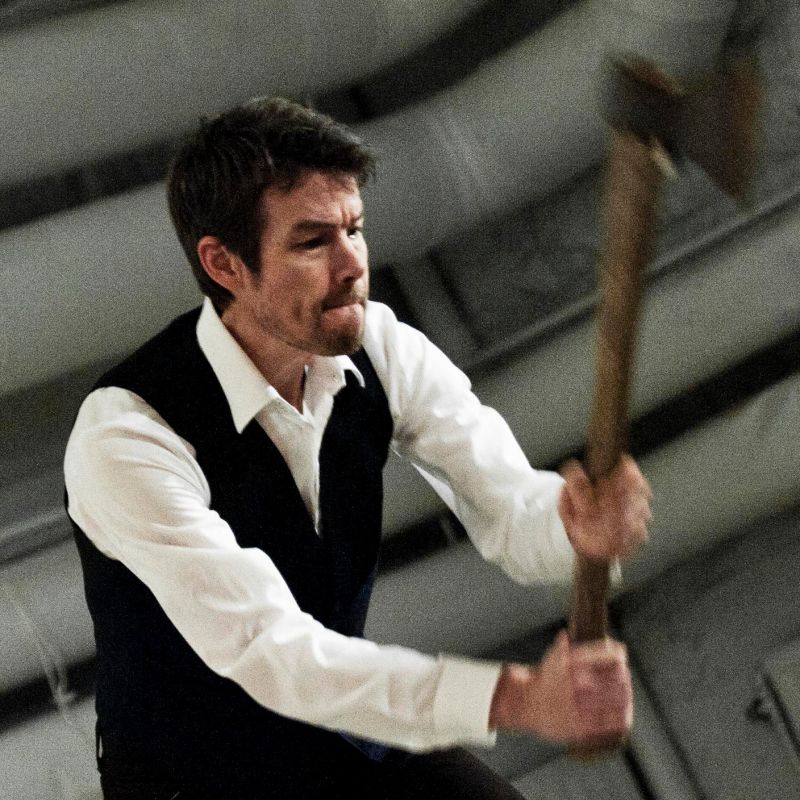 A story-telling solo performance about execution in the history of humanity, the angle shifting between that of executed person and executioner. For the executed, execution is an irreversible act, while the executioner might be a proud and skillful officer of the state.

Juha Valkeapää tells life stories of a few people from different times, who ended their lives either executed or working as an executioner. Besides the life stories, Executed Stories demonstrates a few execution methods. The tone of the performance is neutral and factual, but not without humour – hey, let´s play hangman! And there is a lottery: what would you like to eat as your last meal? Hopefully, the show will whet your appetite!

"In an incomparably Finnish way Juha Valkeapää is a master of ceremonies. Subtly he steers the mood from warmly sympathetic to slightly disconcerting and abysmal – and his guests willingly allow themselves to be taken into this specifically Valkeapää-ian gallows humour."


Juha Valkeapää (b. 1967) is a vocal and performance artist, using his voice as his main tool. Since 1993, he has made seven hundred performances of one hundred and fourty different works in twenty-seven countries, solos and various group works, vocal & sound & performance art, theatre, music, dance. Plus sound installations, soundscapes and compositions for exhibitions, radio, theatre and dance performances. He is based in Helsinki, Finland. From 2013-2017, Valkeapää is working with the big help of a 5-year grant allocated by the National Council for Theatre.