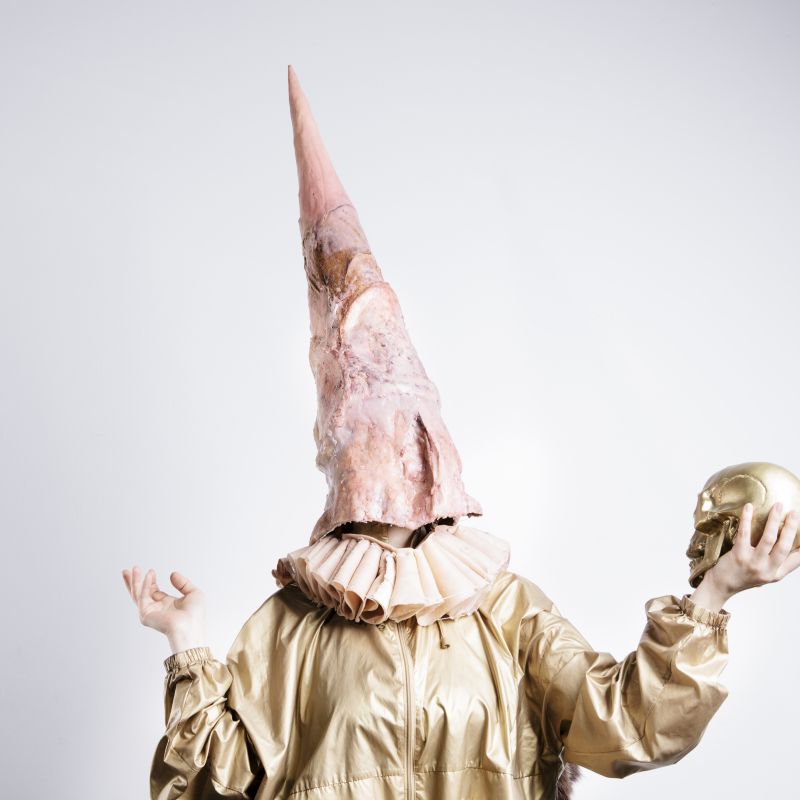 For the finale of their series GOG / MAGOG, the performance group internil prophesizes a life for Europe after the Last Great War. In an indefinite future beyond time, the devastated continent only slowly regains its consciousness. Through a vision of debris and ashes, the five artists try to remember the belligerent past that currently still lies before us.

Inevitably, the performers are reconstructing contradicting stories of the downfall. Yet all of them are founded in the present reservoirs of fear: Fear of the return of Fascism. Fear of the foreigners‘ triumph. Fear of the great resource wars. Fear of the flood that will cover much of the continent with water. Fear of artificial intelligence and robots evolving to the point when they will rob humans first of their jobs, then of their purpose. Fear that the barbed wire of Fortress Europe mighttilt inwards and leave no way for escape. Fear, flogging the last shadows of Enlightenment back into the darkness from where they once came.

One last time, internilgathers the audience around the campfire, where rumors and truths about war and fear mingle and rise. Avatars join the communal circle, and somewhere beyond the sound of the guitar and murmuring stories of the great destruction we hear the swansong of the good old „Old World“.

In a room next to the performance, an installation of artifacts from the first three parts of the Gog/Magog campaign will be open to the public. It will assemble unconditionally partisan perspectives on the conflict zones of Ukraine, Syria and Israel, which the earlier parts of the series have focused on. These perspectives are connected through Christian, Jewish and Islamic readings of the religious myth of Gog and Magog.

The performance projects of internil are always mediating the relationships between current political discourses and the informational reign of the internet, combining theatrical and multimedia means. As in other works of the group, the audience will find itself embedded in the staged space. While earlier parts of the GOG / MAGOG series were each in themselves multilingual, this time there will be dedicated German and English evenings.