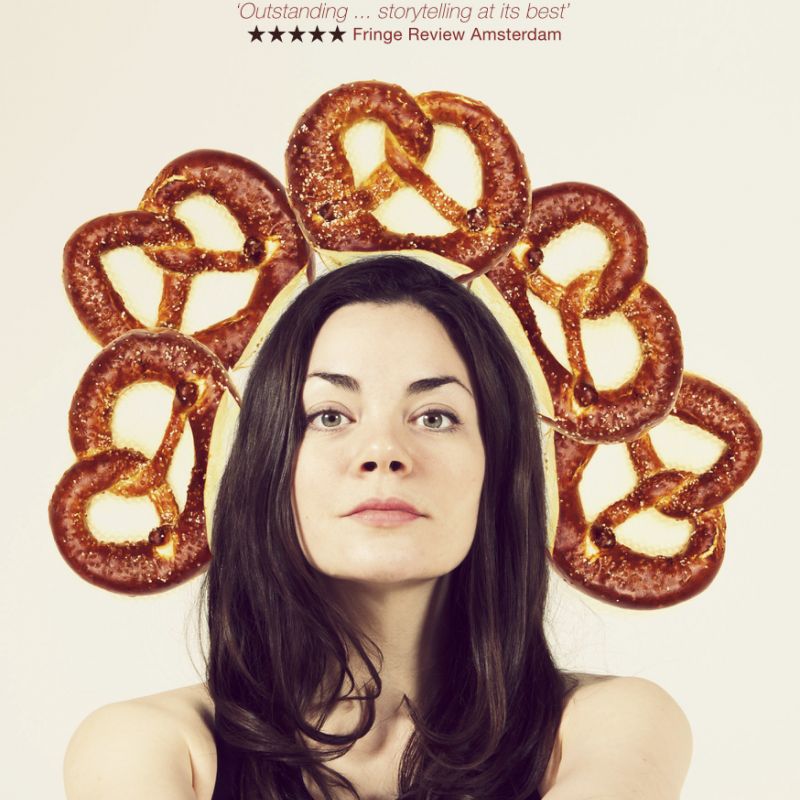 / a night on home & hometowns by Haley McGee

Two towns collide on a single street. Kitchener and Waterloo – a nondescript Canada twin city. Waterloo is who you want to be. Kitchener is who you fear you really are. KITCHENER +WATERLOO is a rallying cry for all those who secretly battle with the place they are from, who had to leave in order to feel at home. A never-the-same-twice storytelling and uncompromising meditation on home, homecomings and who gets to live where.

Haley McGee creates theatre performances about strong, subversive, strange female characters. Through interviews, archival research and her own origin story, she has collected too many tales from her hometown — a place she’s always been embarrassed by but now wishes she wasn’t. 14 years since she left and never went back, KITCHENER + WATERLOO confronts Haley’s home story through a chance series of ugly-yet-loveable hometown portraits. Each story ends at a fork in the road. You decide where we go.

Halley McGee is an internationally acclaimed performer and writer from Ontario, Canada who has previously been presenting two shows at Theaterdiscounter: Her solo show OH MY IRMA (at TD 2013) was short listed for The Arches’ Brick Award in Edinburgh; awarded Best Overall Production at New York’s United Solo; tied for 1st place at THESPIS International Monodrama Festival in Kiel; and awarded Best Actor at the MonoAKT Festival in Kosovo. It has been translated into many languages. After internationally touring also her second solo show I’M DOING THIS FOR YOU (at TD 2015) she is back in Berlin with her brand new performance that just recently premiered in London.