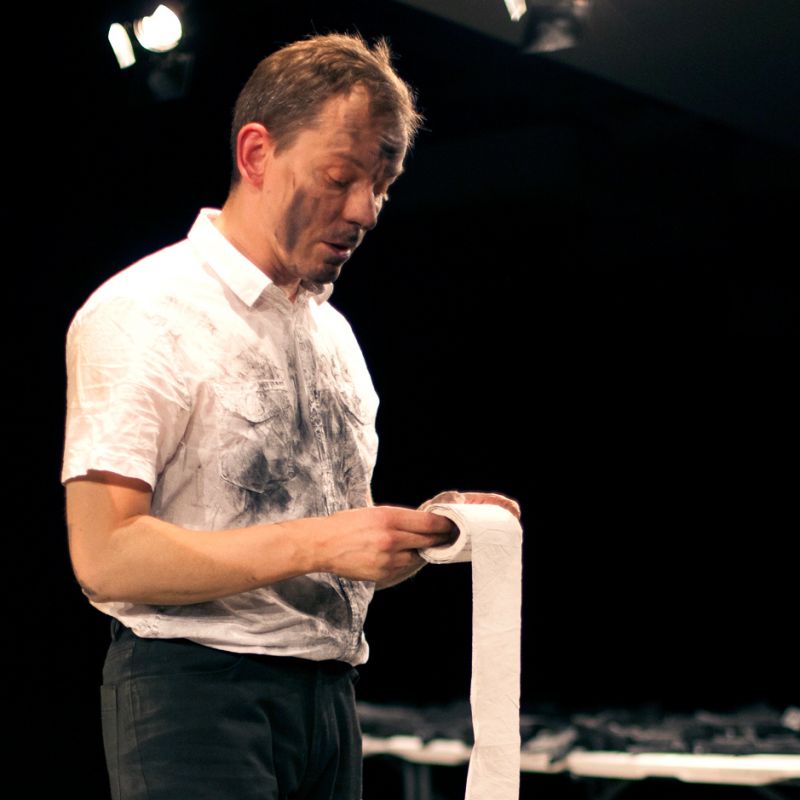 This is a story of Bytom – the “Detroit of Poland”. A small mining town being a prime example of the consequences of neo-liberalist economic reforms in former Eastern Bloc countries and in Europe in general.

“At first, my rather theoretical approach circled around the problem of economic transformation, or as I call it: a mess of capitalism. Mess has no certain centre, which in the case of Bytom is in straight dissymmetry with the previous, state controlled socialism in Poland.” (Tero Nauha)

Owing to economic changes such as privatisation, mining has come to a virtual halt in Bytom, which has led to a high rate of unemployment and a great number of social problems. Bytom is not going through a controlled period of transformation but through a series of arbitrary changes. A place without an ideology or roadmap. A mess of collapsing buildings and infrastructures – nobody knows what will be the duration of this process or what forms it will take. It is the precariousness of this mess where Tero Nauha’s endeavour took place and where he asked himself, what could a performance accomplish?

Invitated by the curator Stanis?aw Ruksza from CSW Kronika, Tero Nauha visited Bytom on several occasions in 2012. These visits were composed of workshops, interviews, field trips and other events, which aimed to produce source material for an affective interpretation of the situation. Nauha encountered many individual stories and singular events, which revealed to be characteristics not only to Poland, but to phenomenon of general transition in neo-liberal Europe. The results of the research were presented at the Kronika as a scripted performance, installation and a video piece. Theaterdiscounter will present this performance and the video piece for the first time to a German audience during the Finnish Performance Festival.

Tero Nauha was born in Hyvinkää, Finland. He is a performance and visual artist currently finishing his PhD in Artistic Research at The Theatre Academy of University of the Arts Helsinki. Recent articles of his can be found online in the RUUKKU and JAR peer-review magazines. His artistic works have been presented in CSW Kronika in Bytom, Poland, Performance Matters in London, New Performance Turku festival and Kiasma Theatre in Helsinki among several other venues. www.teronauha.com