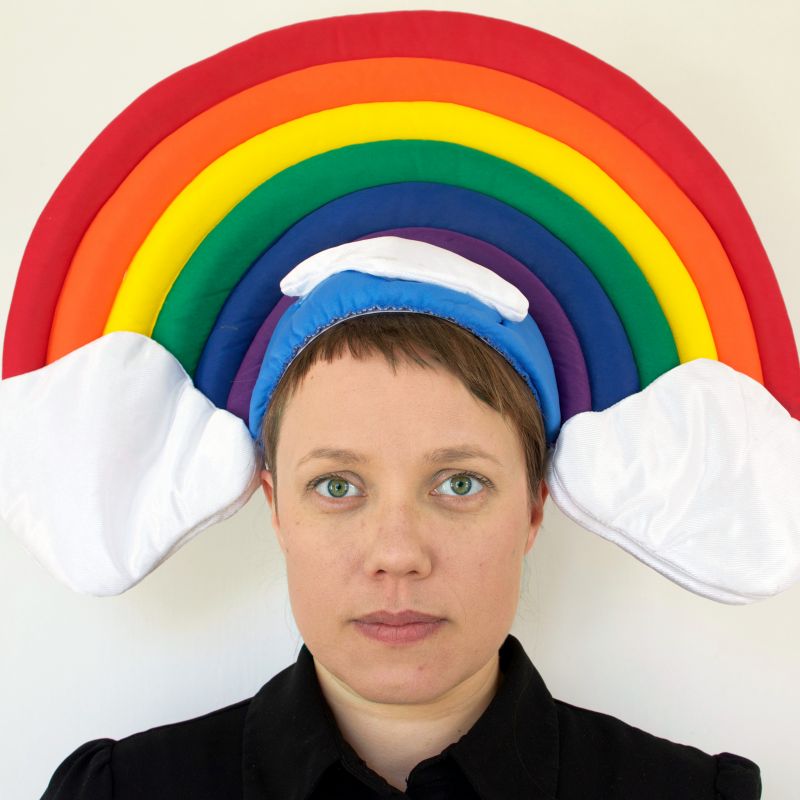 A woman takes a bag of D = dirt and pours the content on the floor. She breaks a boiled E = egg on her forehead, peels the egg, puts it in her mouth and eats it. She picks up a bucket of F = flowers and swings them in her hand. She plants the flowers in the dirt, kneels down, picks one of the flowers with her mouth and eats the flower. She gets up, takes G = glitter powder, mixes it with cream and rubs the glitter on her face until her whole face turns golden.