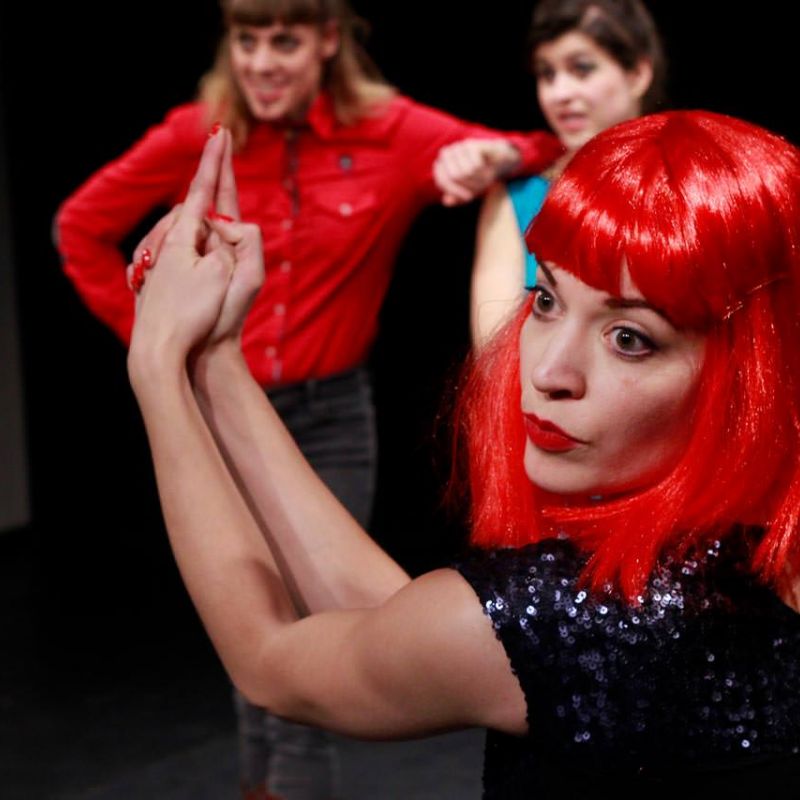 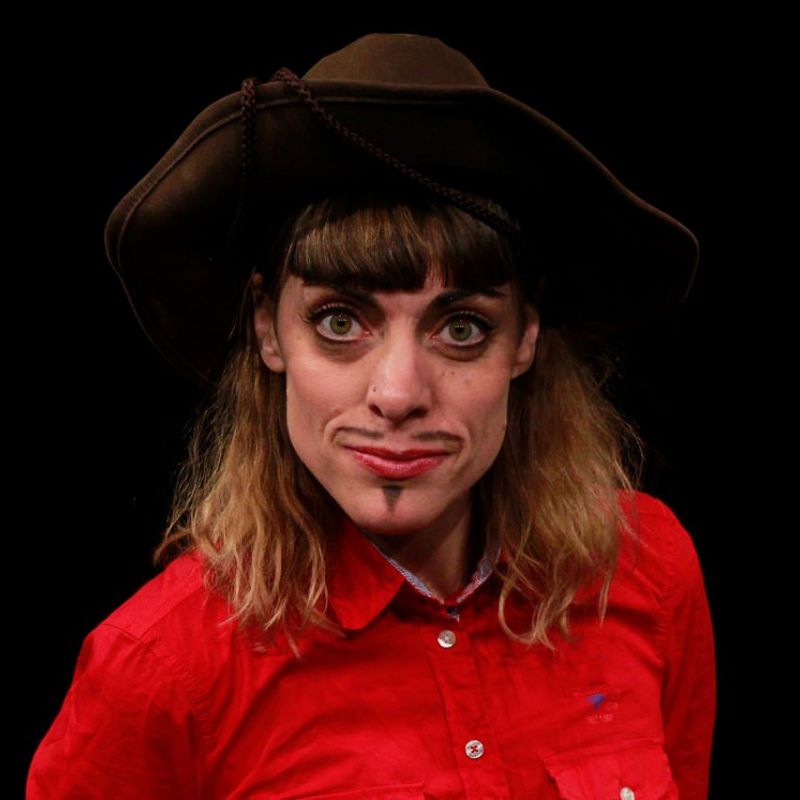 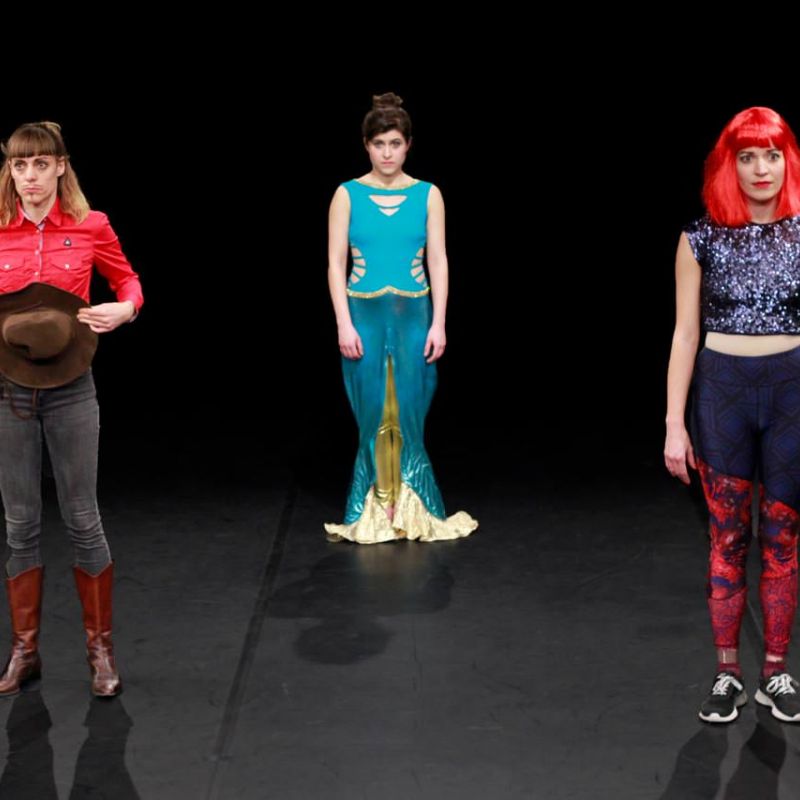 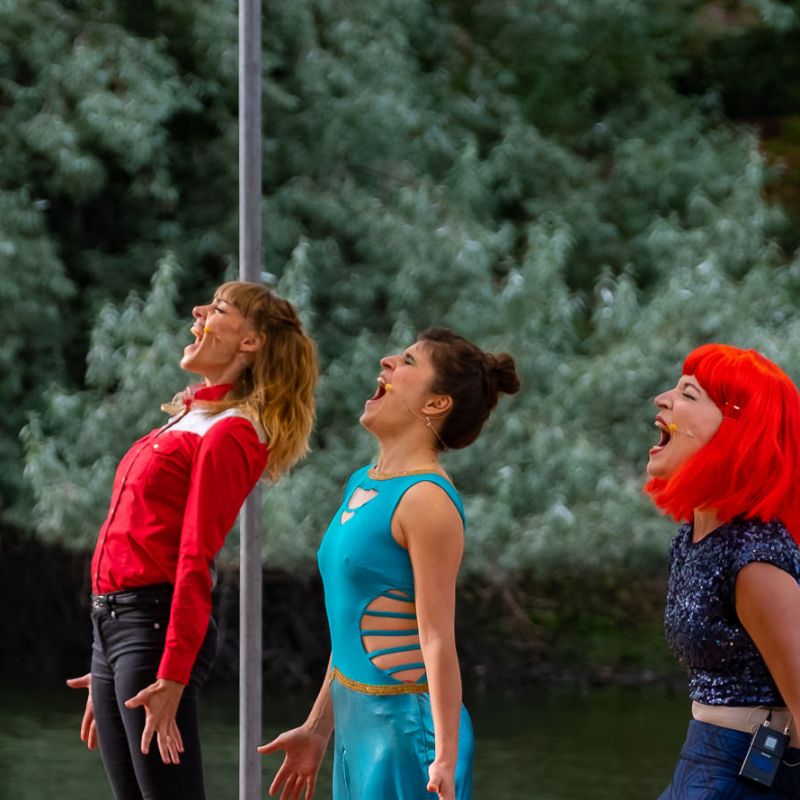 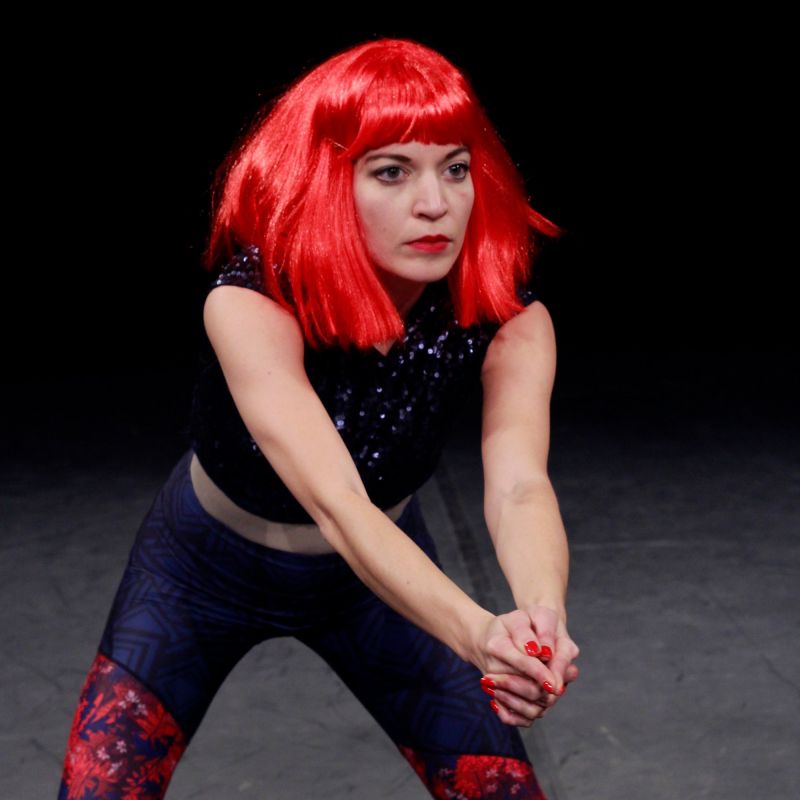 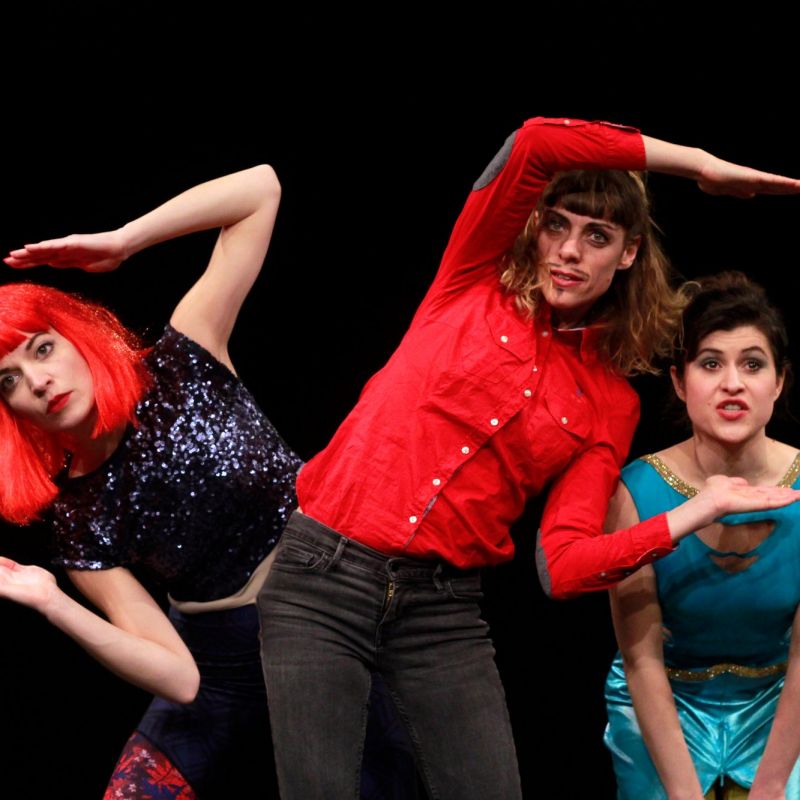 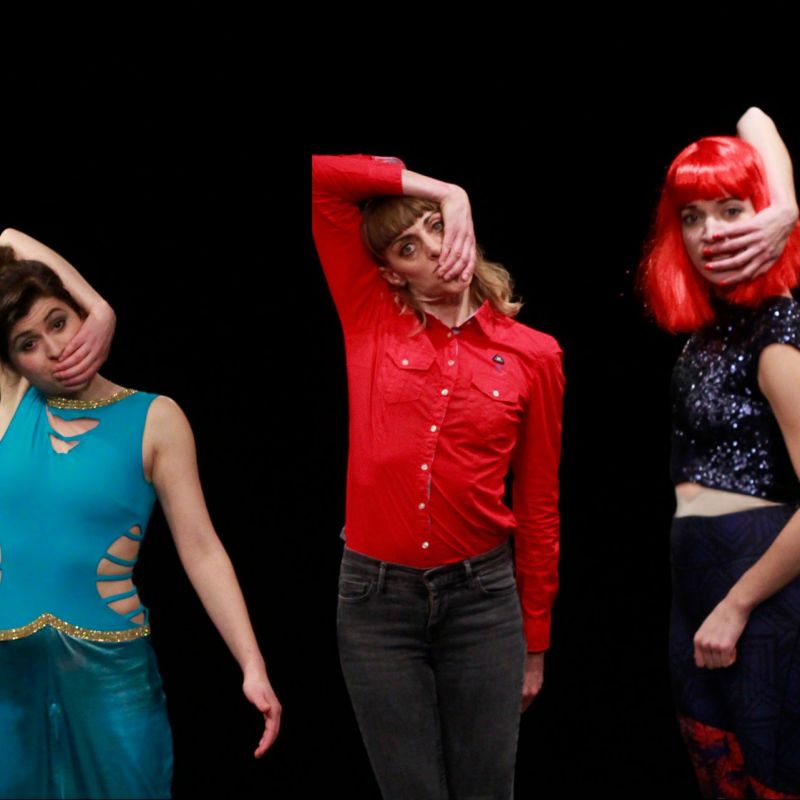 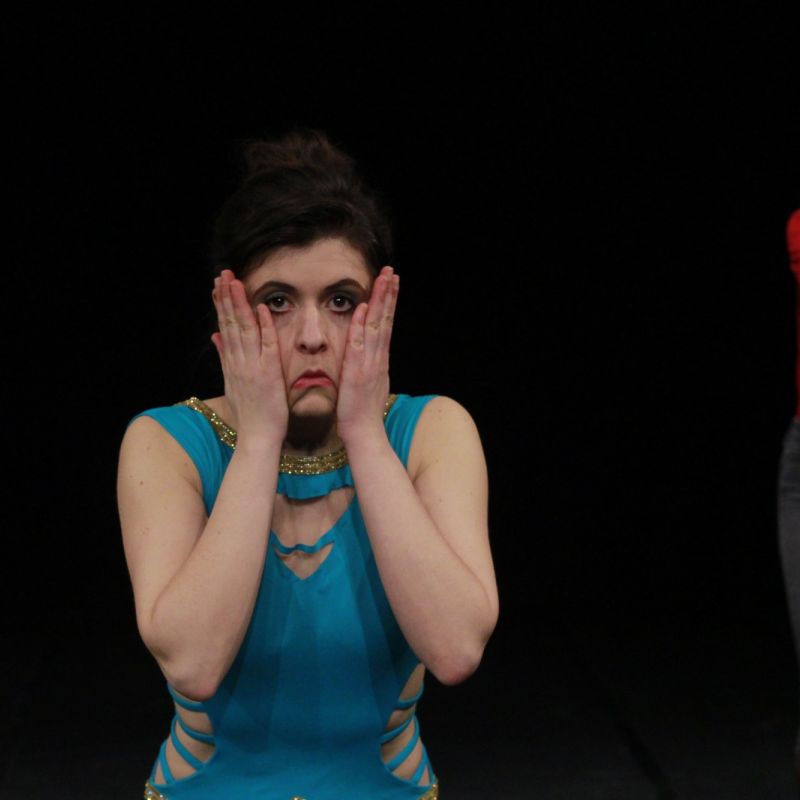 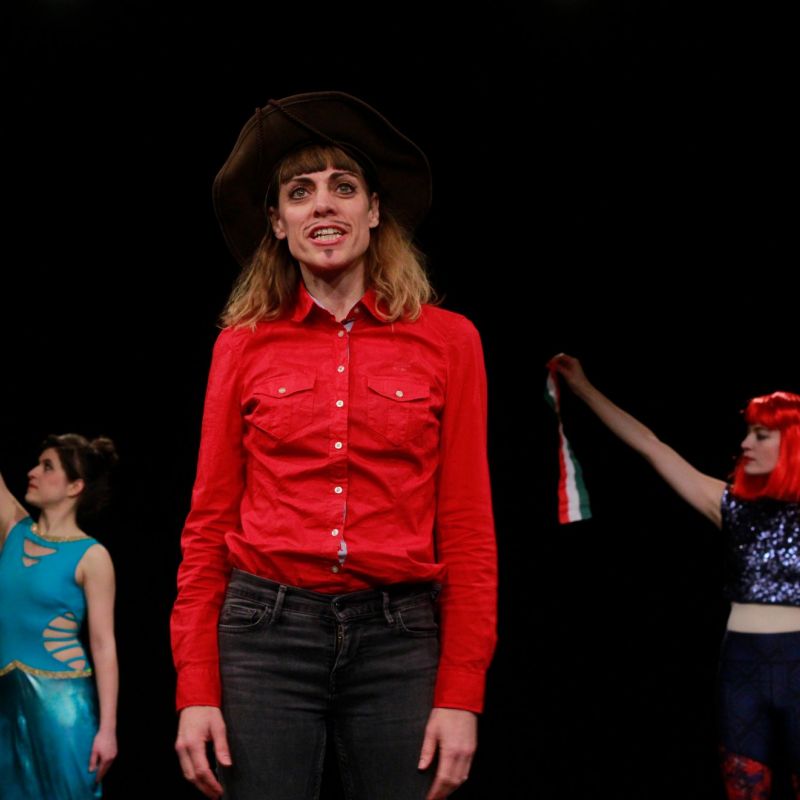 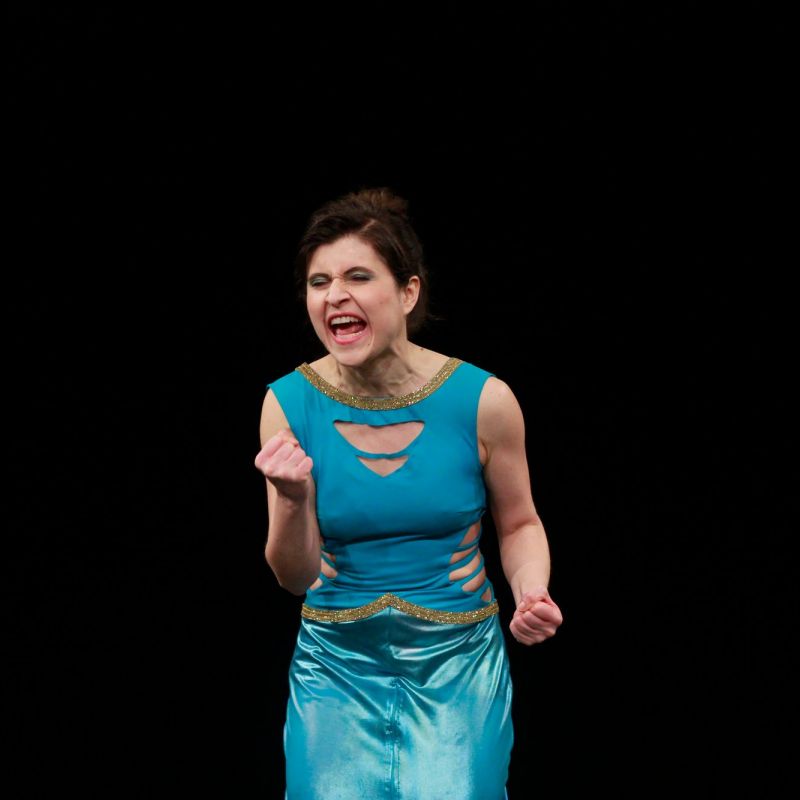 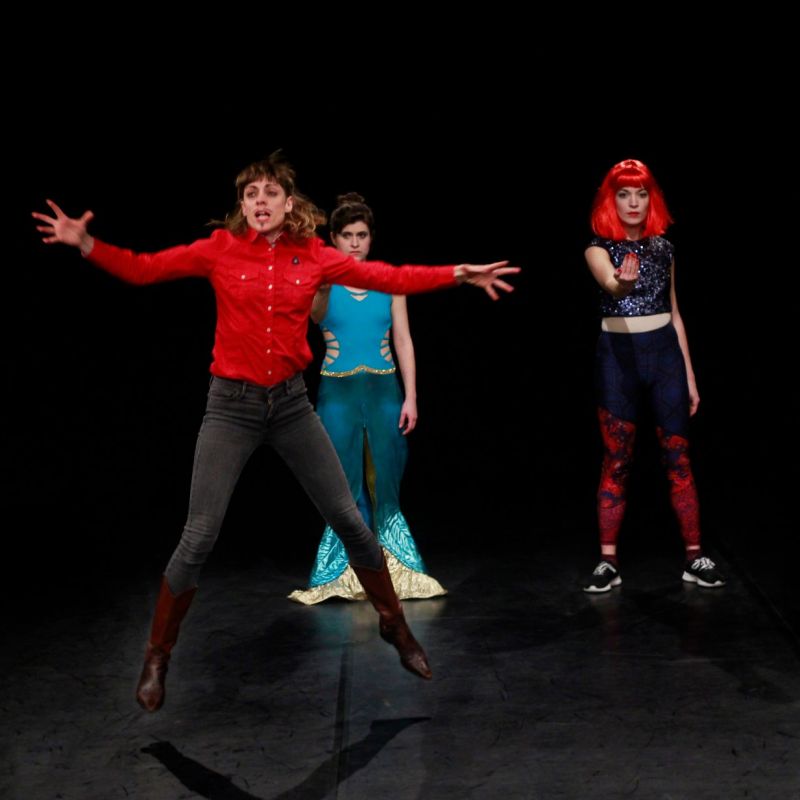 WHEN WAS THE LAST TIME YOU HAD SEX ON TOP OF A MOUNTAIN?

Three women from two countries. Three bodies in motion. We. We sing sometimes. We are asking questions. Über Politik. About destiny. About personal issues and priorities. About spinach between the teeth and sexual frustrations. In 14 different languages. Question: Är det interessant what we say? Ymmärrätkö mitä sanon? És ha nem, akkor mi van? Question: When was the last time you had sex on top of a mountain? Question. Why should I be afraid of being afraid of something? Confession. I'm afraid that I can’t break through the walls of my existential loneliness. Question. Did I say it aloud? Confession. Yesterday afternoon I got drunk - even though I wanted to write this text. Question. Did I say it aloud?

Instruction. Break. The text is incorrect.

The show begins with a Hungarian director in Berlin, facing a dilemma: she has been asked to set up a production but she is scared. Is it at all interesting what she wants to say? Her own diversity as a native of Hungary and Berliner by choice prompts some questions: What can, should, must one tell a German audience? What is a German audience? Where does the definition begin?

Three performers, including herself, speak for the director's ideas, bounce back and forth in time and space, pick up burning political, social and personal topics and revisit the initial conflict again and again. In rapid language change, they comment on the differences in Eastern and Western Europe, social patterns in contemporary politics, and the role of language in cultural integration.